One of the original Pop artists, Claes Oldenburg was born in Stockholm the son of a Swedish diplomat, and spent his early years in Stockholm and Oslo until they moved to Chicago in 1937. He attended Yale University, then returned to Chicago, where he worked for a newspaper and also attended drawing classes at The Art Institute.

Oldenburg moved to New York in 1956. His early work in New York was an urban realism in cardboard and paper influenced by the work of Dubuffet and the New Realists, seen as a brutal response to society. In 1961 he rented a storefront on the Lower East Side and sold brightly painted plaster objects, three dimensional and wall reliefs, based on hamburgers, pastries, men's and women's clothing, and other commodities.

The signature soft sculptures followed, objects of commonplace household objects made of vinyl or canvas stuffed with kapok. The soft sculptures transformed the medium, and they are intended as sensual experiences and commentary on our material world of objects and our relationship to them.

In 1965, still working in vinyl, plaster and cardboard, Oldenburg began making large works termed Colossal Monuments, which are large public sculptures with public and private meanings. Since the 1970's, Oldenburg has fabricated the large-scale works in durable materials such as steel, and working with Coosje van Bruggen, has received many such public commissions in the United States and Europe. 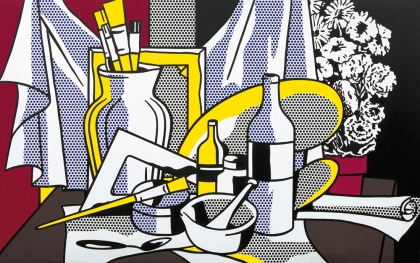 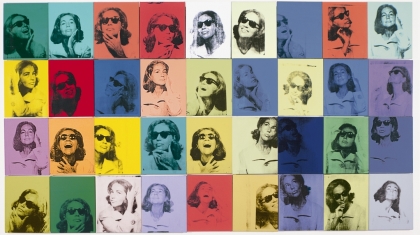